Mojácar Pueblo in Andalucía is a typical whitewashed village and one of the most charming places in Almeria. It is 90 kilometers from Almería’s capital towards the north and located at the end of Sierra Cabrera. Over 2000 years ago, Greeks occupied the town, displacing the Phoenicians and Carthaginians, and established a trading post. But the Roman must have known the place because they gave it the Latin name Moxacar. Then, the Moors came and changed the name to Muxacra from which Mojácar came into being.

The Mojácar has two parts, the Mojácar Pueblo hanging from a hill of the Sierra Cabrera and a contemporary beach resort at the foot of the hill. White houses clustered on a hill, the labyrinth of narrow alleyways, and Mudéjar architecture are the essential features of Mojácar Pueblo.

I visited the village years ago when our family again stayed at the Hotel Vera Playa. Because of personal reason, I did not explore the town closely. All I could memory was the whitewashed houses. Later, when we spent two weeks on the Mediterranean Coast of Spain, our family again visited Mojácar Pueblo.

Crossing the parking area, we went through the maze-like streets, steep walkways, secluded corners, and terraces. I enjoy wandering around the narrow streets and feeling safer since most of those streets are pedestrian zones. Without any traffics, the narrow alleyways are quiet neighbourhoods and very pleasant.

The other reason I love these winding and narrow streets is the local shops selling handmade items and souvenirs. I dropped into several shops and found the prices were acceptable. Those fridge magnets and shopping bags are good gifts to carry back home.

Most houses are in a traditional whitewashed way. The locals use slaked lime mixed with salt and water and then paint onto the walls, a cheap and durable alternative to painting and maintaining the houses. It is easy to understand why such a white village cannot have any different names.  The white walls reflect as much of the summer sun as possible, helping to keep the interiors a little cooler. As a tourist, I felt unadulterated bright and beautiful when passing among the white houses. Because of the white colour, the narrow streets are visually wider.

The square-built white houses along very narrow and often stepped streets present Mudéjar or Moorish architecture. Vines hang delicately from the walls, and flowers make the arches for the narrow streets. Balconies with geraniums of colours contrast with the pristine whitewashed walls. So picturesque!

One of the cosy squares is Plaza del Parterre, surrounded by several eateries and Iglesia de Santa María, a small fortress-style Catholic Church built at the end of the sixteenth century over the remains of a mosque. Today it is still the religious centre of Mojacar life.

The Plaza is actually the extended terrace of the Restaurant Casa Irene. It was just open when we arrived. So, we took the time to have a quick lunch there before the crowd came. Besides, the tourist office is just behind the Plaza del Parterre, where visitors might get more information. Next to the office, there is a shopping gallery.

The view from the Plaza Nueva, an elevated square, is one of the best in Mojacar. The impressive views of surrounding hills and plains extend far over the beautiful Mediterranean and the rocky landscape. Visitors can sit down and enjoy a cold drink in cafés there.

From the La Plaza Nueva, it took us a few minutes of uphill walking to a viewpoint. At the highest point in the village, boasting 360-degree views, the viewpoint Gran mirador de Mojácar offers stunning views. The observation platform is well-paved. And there is a hotel, El Mirador del Castillo.

Some corners I discovered in Mojácar Pueblo gave me surprises, for example, the corner of Pension El Torreon. Our family left the viewpoint and strolled down towards the parking area. When passing the old city gate, we accidentally saw this corner. Pension El Torreon was an old toll house that acted as the customs house for Mojácar, where visitors paid taxes for the privilege of entering Mojácar. Its actual design dates back to the 18th century.

How to reach there

Mojácar Pueblo in Andalucía is easily reachable via all means of transportation, for example, from Almeria, it takes less than an hour. The nearest city with an airport is Granada. To find out the detailed information, please visit here.

Fri Sep 30 , 2022
Together with the state’s 6% sales tax, Idaho costs a journey and conference tax to occupants of lodge and motel rooms, as well as personal campgrounds and journey dwelling rentals. Preserving tour-group sizes to no more than 10 people, exploring off-the-overwhelmed-path locations and having the freedom to chase down surprising […] 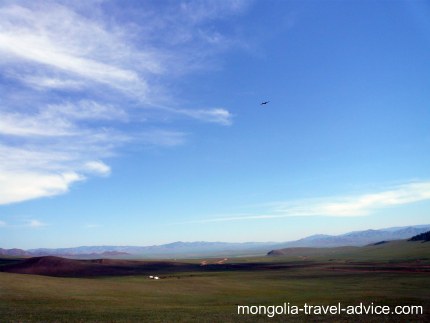