The UK is the perfect place to explore if history is your thing. With so many wonderful sites just waiting for you to explore, deciding where to start might be a tough decision. However, we recommend visiting some of the fascinating UK UNESCO World Heritage Sites of which there are 33. Spanning the length and breadth of the UK, there is a site for everyone. Your interests should of course influence which one(s) you choose to visit. With entire cities with impressive history and architecture, to mysterious landmarks and breathtaking landscapes we are sure you will find one that is right for you. Having lived in the UK all our lives and travelled extensively throughout it, here are our top 10 UK UNESCO World Heritage Sites that we highly recommend you visit.

Located in Woodstock, Oxfordshire, Blenheim Palace is steeped in over 300 years of History. One of the reasons Blenheim Palace is famous is because it is the birthplace and ancestral home of Sir Winston Churchill. Blenheim Palace opened its doors to the general public in 1950 and become a UNESCO World Heritage Site in 1987. It has since grown to be a popular tourist attraction. Admission tickets can be bought directly from the Blenheim Palace website. An added bonus – if you buy a one-day ticket you will receive an annual ticket. This means you can return as many times as you like during the following 12 months.

Bath is a beautiful city and one that has a lot to offer. Bath was originally founded by the Romans as a thermal spa in the 1st century AD. It quickly became known as one of England’s leading spa towns. Even now, when visiting Bath you can visit the Thermae Bath Spa and bathe in Britain’s only natural thermal spa. And even though you cannot swim in the Roman Baths you can visit them and learn about their history and even take a tour. If you have an interest in architecture Bath’s stunning golden-coloured Bath Stone, predominately Georgian buildings are a sight to behold.

If nature is your thing then a trip to Dorset and the East Devon Coast (The Jurassic Coast) is the place for you. The area is not only beautiful but has also contributed to the study of earth sciences for over 300 years. The cliffs and rock formations which cover the Triassic, Jurassic and Cretaceous periods are a sight to behold. Therefore making it a great place to go fossil hunting and in turn an extremely popular tourist attraction. It stretches from Exmouth in East Devon to Studland Bay in Dorset (a distance of 96 miles (154 km)). The area became a UNESCO World Heritage site in 2001.

Durham is a great part of the UK to visit with a mix of coast, countryside and city. This means there is something for all interests. If like us you love the history and architecture of castles and churches then you need to visit Durham Castle and Cathedral. Also, if you are a Harry Potter fan, Hogwarts School of Witchcraft and Wizardry originally came to life at Durham Cathedral. Therefore, a visit is a must. Durham Cathedral was built between the late 11th and early 12th century and Durham Castle was first constructed in the late eleventh century. This World Heritage Site was inscribed by UNESCO in 1986.

Steeped in history and culture Edinburgh’s Old and New Towns are must-sees. They are one of Scotland’s 6 UNESCO World Heritage Sites. Here you will find museums, galleries and striking buildings just waiting for you to visit. In the heart of the historic Old Town, you will find Edinburgh Castle, the Grassmarket and the Royal Mile. This area dates back to Medieval times. To view the Old Town of Edinburgh from a unique viewpoint, head to Carlton View. The New Town is in the centre of the city incorporating Princes Street and the West End. Here you will find neoclassical and Georgian architecture.

YOU MAY ALSO LIKE:  Europe: Take A Trip And Visit Hollywood Film Locations

The Giant’s Causeway and Causeway Coast site was inscribed as a World Heritage Site in 1986. It is Northern Ireland’s only UNESCO World Heritage Site and is the perfect place to head if road tripping is your thing. In fact, no road trip through Northern Ireland is complete without driving the Causeway Coat and visiting the Giant’s Causeway itself. Known locally as “giants eyes”, these octagonal stepping stones are a sight to behold. Pedestrian access to the Causeway is free. It has been proved that these striking formations and the landscape were caused by volcanic activity between 50 and 60 million years ago.

Located in Telford, Shropshire, Ironbridge Gorge is a symbol of the Industrial Revolution due to the raw materials it produced that revolutionised industrial processes. It was inscribed as a UNESCO World Heritage Site in 1986 and was one of the first in the UK. The Ironbridge Gorge is now home to several museums where you can learn more about its importance. You can visit Blists Hill Victorian Town and experience what life was like over 100 years ago. The Museum of the Gorge allows you to discover how the River Severn connected Ironbridge to the rest of the globe and you can even walk across the first-ever cast-iron bridge.

Located on the Salisbury Plain in Wiltshire, Stonehenge is known and recognised around the world. How did this stone formation (prehistoric monument) come to be? There are many theories. Stonehenge is the most architecturally sophisticated prehistoric stone circle in the world. It dates back over 5000 years to the Neolithic and Bronze Ages and was inscribed on the UNESCO World Heritage Site List in 1986. You can visit Stonehenge and booking tickets in advance is always advisable due to its popularity. You could even opt for a VIP experience which allows you to spend time inside the tranquil circle of Stonehenge.

YOU MAY ALSO LIKE:  Spain: The Birthday Boy at The Bernabéu Stadium, Madrid

Studley Royal Park including the Ruins of Fountains Abbey

One of our favourite UK UNESCO World Heritage Sites is Studley Royal Park including The Ruins of Fountains Abbey. We love it that must here we even explored the possibility of getting married here over a decade ago. Unfortunately, it was not possible for us but that has not stopped us from returning many times since. The Abbey is one of the largest and best-preserved ruined Cistercian monasteries in England and the 18th-century water garden is a wonderful sight to behold, especially when it is in full bloom. Located in North Yorkshire, the stunning site was inscribed into the UNESCO World Heritage Site listings in 1986.

One of the most famous UK UNESCO World Heritage Sites is the Tower of London. Also known as Her Majesty’s Royal Palace and Fortress of the Tower of London. This historic castle on the north bank of the River Thames was inscribed onto the World Heritage List in 1988. Here you can discover the world-famous collection of treasures including more than 100 objects and over 23,000 gemstones. Together with the Crown Jewels, The White Tower, Chapel of St Peter ad Vincula, Battlements, Medieval Palace, Bloody Tower, Torture at the Tower exhibition, Fusiliers Museum and Royal Mint exhibition.

Planning Your Next Getaway?

In Post-Roe Era, Some Employers Say They Will Pay for Travel to Seek Abortions

Sat Jul 2 , 2022
Textual content size The Supreme Courtroom making. Alex Wong/Getty Images In the hours after the U.S. Supreme Courtroom overturned its 1973 Roe v. Wade ruling creating a constitutional appropriate to abortion, a range of large companies said they would go over employees’ vacation expenses if they require to journey to […] 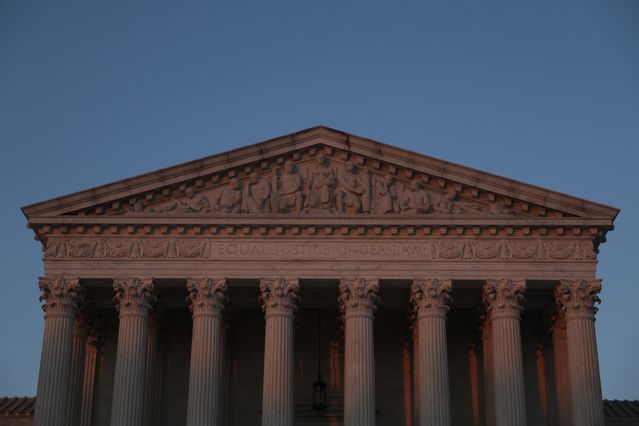