DESPERTATE travellers have turned jammed roadsides outside Dover into a public urinal while others have passed out in the heat as they reportedly waited up 30 hours to cross the Channel.

Families have been taking up to six hours to move just 75 metres near Dover today as delays sparked miles of summer holiday gridlock.

One frustrated traveller, Joan, told LBC she and her disabled older sister, Gina, entered the traffic jam around 8:30am to go through the Eurotunnel and had moved just one mile in eight hours.

Travellers have the option of jumping on a boat at Dover or going through Folkstone to get the Eurotunnel.

She said her son, who also left earlier that day with his children, had already got to France because coast-bound traffic was being dealt with.

Joan said people attempting to use the M20 had encountered gridlocked queues – and motorists were struggling to cope. 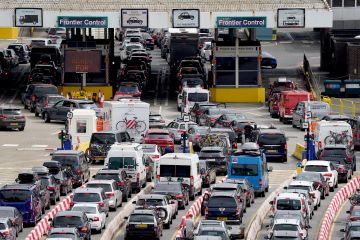 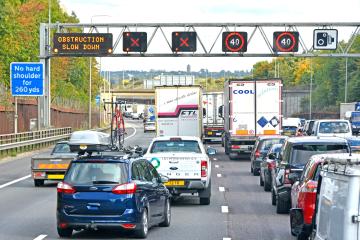 She said many have had no option but to abandon their cars to use the roadside as a bathroom.

The frustrated motorist added: “The hard shoulder is like a public urinal now, people are trying to give their dogs exercise, we’ve gone through the worst heat of the day and people are running out of water.”

Gina said she needed the bathroom but as she requires specialised accessibility, she had no choice but to wait.

Cars were backed bumper to bumper outside the Kent port while queues snaked through airport terminals as families embarked on trips away as schools broke up across the country.

A ramp up of post-Brexit border checks and French authorities’ understaffing checkpoints in Dover have been blamed for the hold-ups.

Drivers were also warned they face the “busiest day” for traffic, with millions expected to hit the road – causing even more “delays and disruption” than yesterday.

A “critical incident” was declared at Dover on Friday, with holidaymakers told to arrive six hours early for ferry queues lasting up to five hours.

And the travel chaos hit yet again today – with transport bosses warning there is a “way to go” before the holiday hell improves.

This morning, Bristol Airport saw hundreds of passengers snake around terminals before 4.30am, while queues for flights piled into Heathrow and Gatwick.

Some travellers reported delays of seven hours at Dover while the BBC said one man had been waiting to make the crossing for “30 hours”.

Another family told the broadcaster they moved just 75m in six hours – and eventually decided to abandon their place in the queue to risk a quicker route.

Jane Dennis, who was driving to Dover with her husband and five kids, said: “Our friends had taken this detour and told us about it. But in the queue, there was no information, no traffic control, no police.

“Everyone was getting out of the cars, walking to Tesco to stock up on supplies. We took a risk, but we had to do something. It’s been an absolute nightmare.”

At least 3,000 lorries parked up on the M20 waiting to head to the port and Channel Tunnel terminal this morning.

Doug Bannister, Dover port’s chief executive, said around 10,000 cars are expected to be processed going out of the port on Saturday – up on Friday’s figure.

Asked if there could be five to six-hour delays for people at the port again on Saturday, he told the BBC Radio 4 Today show: “It could be.

“We were expecting that today was going to be a busier day than yesterday.

“Yesterday we processed about 8,500 cars going out. Today we were predicted to be around 10,000 so it is going to be a very busy day down here.”

It means the M20 coastbound is closed to non-freight traffic between just junctions 8 at Maidstone and junction 12 at Folkestone.

Instead, motorists are being sent along a lengthy diversion using the A20, A249 and the M2.

Foreign Secretary and Tory leadership hopeful Liz Truss said disruption at the Port of Dover was the fault of French authorities when asked if Brexit was the reason for the transport chaos.

Speaking at a campaign visit in Kent, she said: “This is a situation that has been caused by a lack of resources at the border.

But French politician Pierre-Henri Dumont, Republican MP for Calais, has blamed the UK’s exit from the EU, telling BBC News it was “an aftermath of Brexit” with more checks needed and claiming the Dover port is “too small” with too few kiosks due to lack of space.

Cross-Channel lorries must join the M20 Operation Brock queues, or risk a £300 fine.

And Kent Police said more than 100 fixed penalty notices had been issued in the last 24 hours.

Mr Bannister added that due to the rise in checks needed since Brexit, there will also be “increased transaction times at the border”.

But he noted the port had “created more border capacity so that the overall throughput can be maintained”.

And in an update today, port officials warned: “There is of course a way to go to clear the backlog of waiting passengers.

“Today is going to be very busy, with more UK tourists heading to Dover in order to travel to France.”

Passengers waiting in queues this morning took to Twitter to vent their frustration, with one person writing: “Four hours ago we were 30 miles from Folkestone. It’s not just Dover!! Still not there!!! Total gridlock. Total mess!!”

Another added: “We were standing six hours at Dover with a three-month-old baby in the car.”

One driver described chaotic scenes on the A20, adding: “Stuck on A20 for last 2 hours and people now overtaking the whole queue, over solid line, against oncoming traffic…”

Meanwhile, someone else suggested it would be quicker to swim the length of the channel, which typically takes between seven and 27 hours.

They wrote: “Going to Dover expect five hours in a queue, to cross a 25 mile length of ocean you could swim it under two hours #DoverChaos.”

The RAC said an estimated 18.8million trips are planned in the UK between Friday and Monday as schools break up for the summer holidays.

And Jack Cousens, head of roads policy for the AA, said: “The Summer Getaway is now in full swing and the major holiday routes are starting to fill.

“The South East has been overwhelmed with travellers hoping to hop onto the continent with ease, but that has rapidly turned into a nightmare.

“One that is now being shared by the locals as drivers try to find alternative roads so they can keep the wheels turning.”

As the schools closed their doors fully yesterday, Saturday could prove busier still this weekend.

According to the RAC, the worst time to hit the roads today is between 11am and 3pm.

The company has also urged drivers to avoid travelling between 11am and 6pm on Sunday.

It came as those hoping to cross the channel reported five-hour queues for border checks, with cars pictured back-to-back for miles outside Dover.

He said staff were focused on tackling the “critical bottleneck” around the port today but could not promise the chaos would be gone by Saturday.

The delays meant tourist and freight traffic were stuck for hours on gridlocked roads in the area.

And P&O Ferries warned passengers to arrive six hours early for their boats. 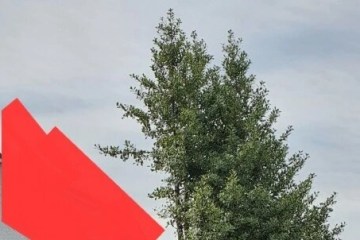 A notice on the company’s Twitter read: “Please be aware that there is heavy traffic at border control in the port of Dover.

“If you are booked to travel today please allow at least six hours to clear all security checks.”

Want to get away? Here are 10 things to do about an hour away from Louisville

Tue Jul 26 , 2022
It’s the peak of summer and with soaring gas prices, you might be looking to do some in-state travel to save on money. Luckily, Kentucky is home to numerous hidden gems, including a host of places, some less than an hour away from Louisville, in the Frankfort area. In addition […] 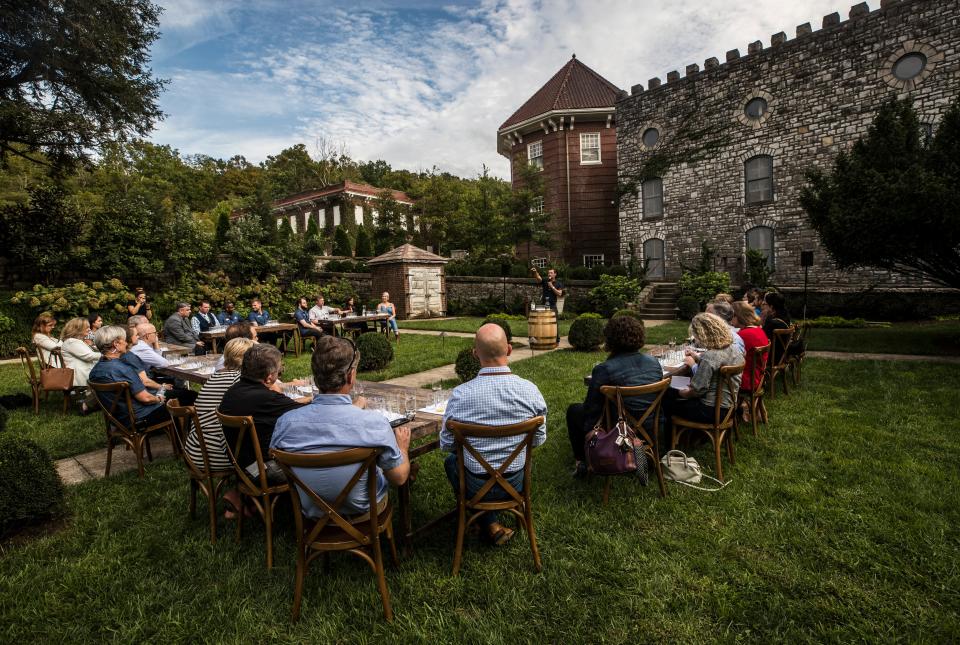